UCC ranked #1 contractor in Qatar and #3 across Middle East 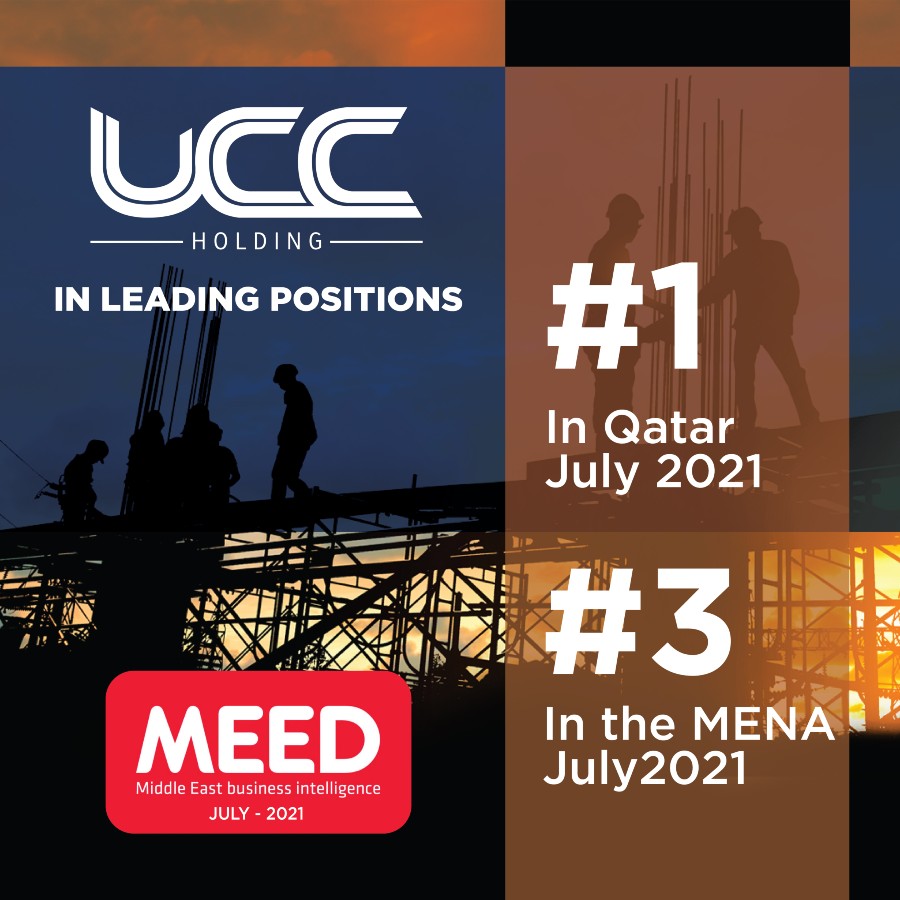 UrbaCon Trading & Contracting (“UCC”), part of Qatar-based international construction services company UCC Holding, is pleased to announce it has been ranked as the number one construction contractor in Qatar and number 3 in MENA region.

Founded in London and now headquartered in Dubai, MEED is an internationally recognised business intelligence provider specialised in economic and markets analysis across the Middle East.

MEED’s quarterly data ranks the top contractors in jurisdictions across the Middle East and North Africa region. Its Q2 2021 report reveals that the value of current UCC projects in Qatar near equals that of the remaining top five competitor companies combined.

The data confirms UCC’s pre-eminent position within the Qatari and wider Middle Eastern construction markets. The company has been responsible for the delivery of some of Qatar’s most popular and high profile projects in recent years, in infrastructure and heavy construction, buildings, and marine projects.

Mohd Sabri, group CEO of UCC Holding, said: “We are delighted that UCC is recognised as Qatar’s number one contractor. Our business goes from strength to strength, with several high profile projects nearing completion. These rankings, which also place UCC third across the entire MENA region, serve as testament to the culture of excellence across our business and we look forward to delivering further growth, with several exciting projects soon to break ground.”

The news comes only one week after UCC received the Workers' Welfare Award for its commitment to employee welfare during COVID-19.