Qatar gets Lean for the 2022 World Cup 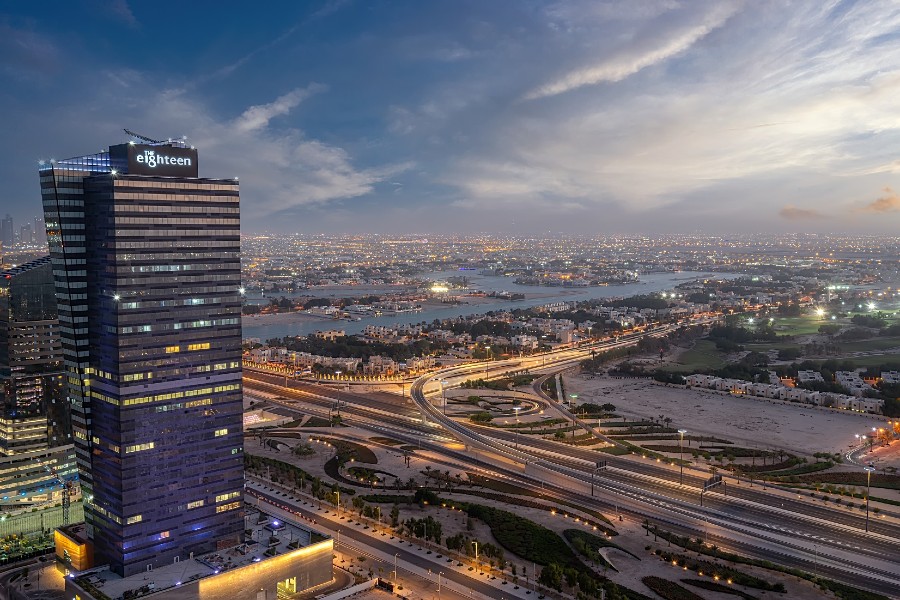 The concept of Lean Construction has arrived in the Middle East. By minimizing costs and maximizing value on each project completed, challenging all stakeholders to develop and apply better ways to manage the overall construction process, this will transform the dynamics of the industry in the region.

The Lean Construction Institute-Qatar (LCI-Q) is the first of its kind in the Middle East, supporting Doha’s efforts to meet the highest industry standards ahead of the 2022 FIFA World Cup. Qatar is one of the most expensive places in the world to build projects, which is why the country is now so focused on tackling construction waste that is thought to be about five times greater than in the manufacturing sector.

Indeed, His Highness the Amir of Qatar Sheikh Tamim bin Hamad Al Thani was alluding to this very issue when he addressed the nation in November 2016.

He said: “We have taken advantage of the drop in prices to explore the potential for rationalizing spending, and distinguishing necessary from unnecessary as well as beneficial from non-beneficial. 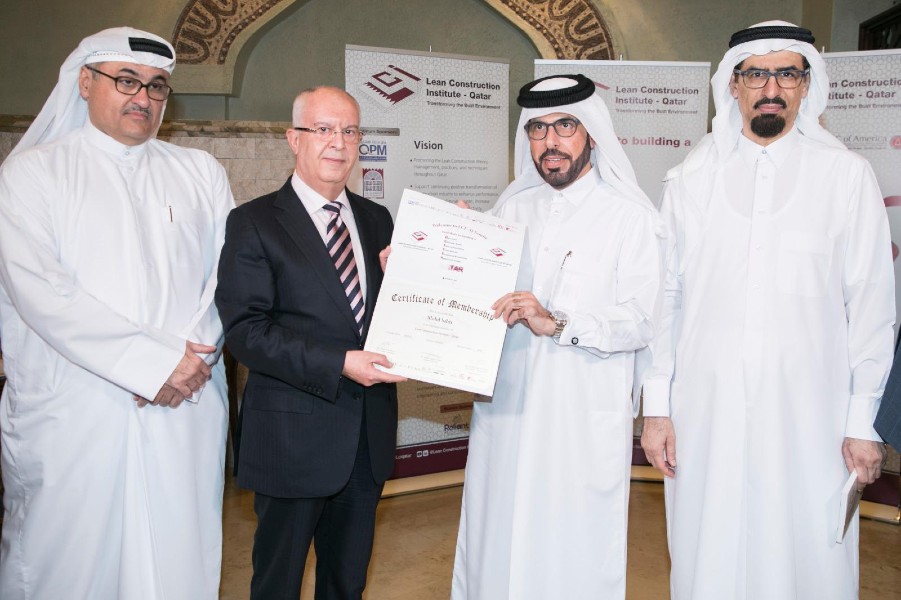 “Work will continue on increasing the efficiency of public spending and enhancing transparency and control through a close follow-up of all government projects and programs and focusing on major development projects.”

HH The Amir foreshadowed LCI-Q and his words have encouraged new thinking around construction over the past few years. Understanding the importance of that message, UCC Holding, which is part of the Power International Holding conglomerate, is implementing Lean across a 41,000-strong workforce, conducting training and education programmes.

This is part of UCC Holding’s development from national to regional contracting champion, which has already seen the company scoop the overall ‘country winner’ prize at the British Safety Council’s International Safety Awards in 2020. UCC Holding was recently named as one of the world’s top 200 contractors by Building magazine’s US equivalent, Engineering News-Record, and is an affiliate member of the not-for-profit sustainable development group Gulf Organisation for Research & Development.

Already, 14 UCC staff have completed the Lean Construction Exam Preparation course, while two have passed the exams. This dynamic duo have been named ‘Lean champions’ and are role models for the rest of the workforce. UCC Holding also has a Lean Instructor, who has been approved and certified by LCI-Q. 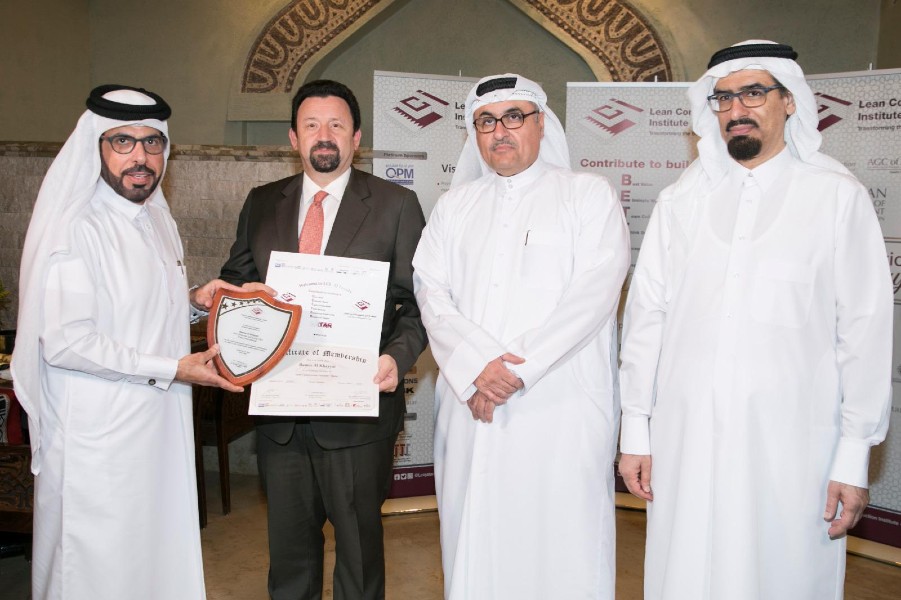 Moutaz Al-Khayyat, UCC Holding Chairman, says: “At the centre of Lean Construction is our people. It is a team-led effort that involves continuous improvement.”

Ramez Al-Khayyat, UCC Holding Managing Director, adds: “This initiative will be key to UCC Holding’s growth as we become capable of building whole smart cities. We want the whole of the Middle East to embrace Lean Construction over the coming years – this is the future of the industry both here and around the globe.”

To foster a Lean culture, communication is paramount. The workforce needs to understand why we’re reducing waste across our project sites, generating savings for both the contractor and client. UCC Holding’s aim is to improve comms between all levels of the business and ingrain Lean as it has world-leading safety values.

UCC Holding demonstrated its commitment to Lean by signing up as a platinum sponsor of LCI-Q, supporting the institute’s ambition of creating a platform to share knowledge and best practices. This will help Qatar’s plans for the 2030 National Vision, which involves QAR 60bn (£12.4bn) of infrastructure and real estate investment in the next four years alone.

Mohd Sabri, Group Chief Executive Officer, who was awarded the platinum certificate at a recent ceremony, says: “It is clear that Lean Construction will be a crucial component in the development of Qatar’s infrastructure during the 2020s.”

Cultural change cannot happen overnight, but it can be done so quickly with a proper strategy. At UCC Holding, this means selecting an ongoing scheme as a pilot project, training the senior team to promote Lean Thinking across the site and throughout the supply chain. This will be complemented by an in-house training plan, which will look to build the knowledge and understanding of UCC Holding site construction teams. 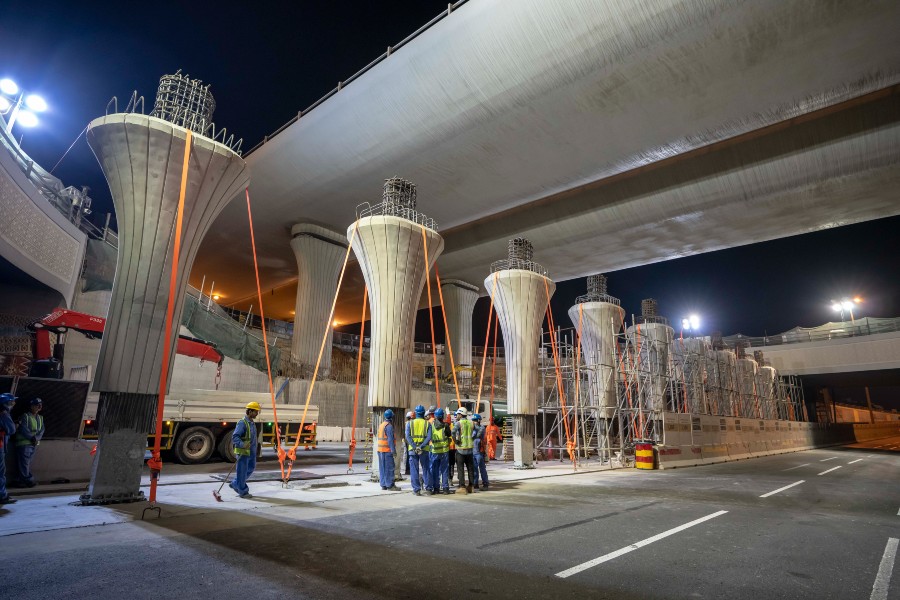 LCI-Q is moving quickly, having recently completed its tenth management training programme. Bear in mind that LCI-Q formally launched only a year ago, so there really is plenty of momentum behind its work.

The Middle East and North Africa has taken its time to introduce Lean Construction, but Qatar is fast becoming a centre of excellence for the concept. This will help Qatari contractors work with international clients that so value Lean, be they from Australia, Scandinavia, the US, or the UK & Ireland.

LCI-Q might be the first of its type in the region, but it will surely not be the last.

This article was originally published in Building. Source: www.building.co.uk/sponsored-content/qatar-gets-lean-for-the-2022-world-cup/5109614.article