A sewer line project in Doha, Qatar, completed in April on time and within budget, is the first phase of the public works authority’s Doha South Sewage Infrastructure Project.

This first-phase project, a gravity system, links several catchments and will allow closure of more than 20 old pump stations located in residential and commercial areas. It is expected to greatly reduce the environmental impact of the infrastructure it replaces, such as odor nuisance and sewage overflows, while supporting an expected population increase for years to come.

The new lines are designed to be self-cleaning and maintenance-free, with a service life of 100 years. Materials were selected to withstand exposure to the corrosive sewer environment and hypersaline ground conditions. Regular inspections will be carried out by the utility operator, using remotely operated vehicles. The system is designed to be accessible for maintenance, if required, and includes internal flow monitors installed at strategic shaft locations that will provide real-time flow information to help operators take action if the system operates outside of normal parameters. 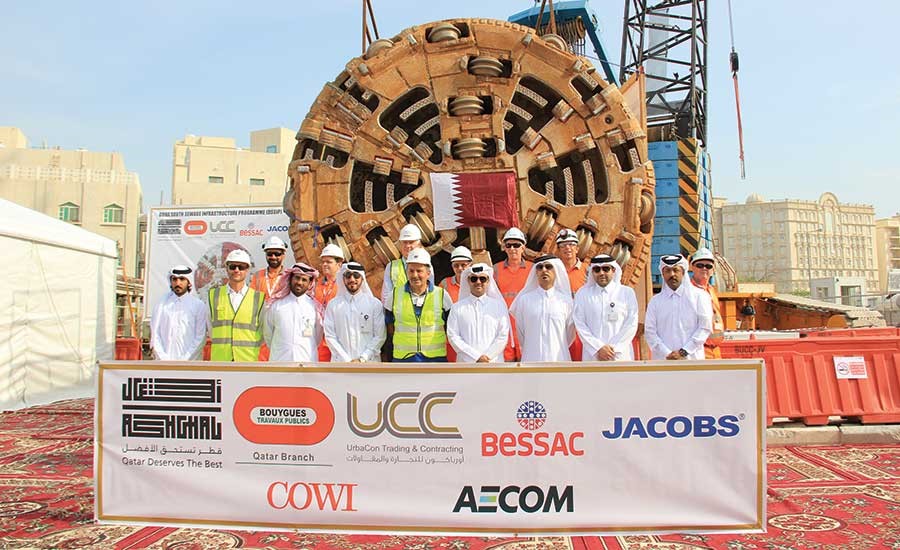 The project included design and construction of three 10-ft-dia tunnels with a total length of 10 miles, and 11 shafts up to 140 ft deep. It was completed with 5.5 million worker hours by a workforce that peaked at more than 700, drawn from 22 countries. The project recorded three lost-time incidents for an accident frequency rate of 0.06.

One of several notable innovations was the joint-venture contractor’s decision to switch from the originally designed two-pass concrete tunnel section and lining approach and establish its own facility to produce precast tunnel segments in house with an integrated high-density polyethylene inner shell for corrosion protection—which enabled an unusual one-pass tunnel construction approach. It is reportedly the first use of a one-pass solution in the Middle East. The decision to use this method was made to counter supply-chain disruptions caused by a trade embargo imposed on Qatar by neighboring countries.

But using the alternative approach turned out to have many advantages, the team says. For one, it resulted in a significant risk reduction by eliminating hazards associated with traditional two-pass, in situ construction, in which section installation and lining operations are accomplished consecutively, instead turning much of the work into an industrial process in a factory environment.

The installation rate of the one-pass system by tunnel boring machines was twice as fast as what was estimated for the two-pass system. The time saved was used to reduce the number of TBMs needed to two from four for the same works duration, while still achieving the scheduled completion date with significant cost savings.

The one-pass system also allowed for a lining thickness reduction, which led to an overall reduction in the bore diameter required. That, in turn, reduced spoils handling by 20%. 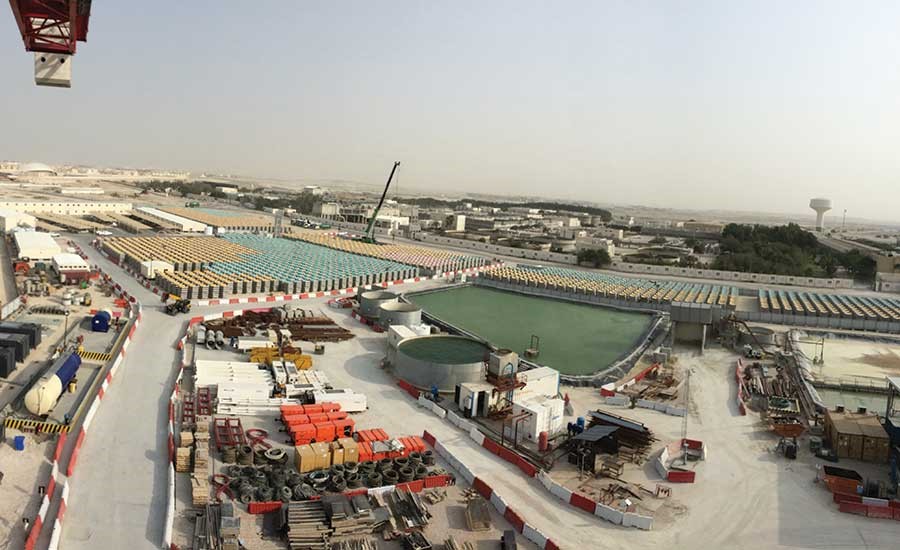 The trade embargo made procurement of specialized equipment a challenge, particularly for the more innovative design and construction elements of the work, such as the use of a vertical shaft-sinking machine designed to minimize the construction impacts of shaft excavation in residential areas and small work sites, as well as the tunnel lining system.

Numerous other innovations were employed as well. These included use of small wireless cameras on the tower crane hooks, which gave operators previously impossible views of areas deep inside shafts, and cameras on mobile equipment that could distinguish people from other objects and dispatch alerts.

The project used a bar code tracing system for precast tunnel segments, allowing segment monitoring from fabrication through storage, handling, transportation and final installation. Tracking information was available in real time via terminals, mobile phones and desktop computers, in parallel with real-time TBM progress updates. All data was accessible to the project management consultant and owner.

An exoskeleton was specially developed for welders engaged in joining HDPE tunnel-liner membranes. It allowed easy and efficient manipulation of welding equipment as crews produced more than 160 miles of welding works, which the team claims is a world record “in terms of linear meters.”

The project was completed by a joint venture of a local company, UCC, and French construction firm Bouygues Travaux Publics, along with its international operating companies. The JV’s U.S.-based principal designer, AECOM, and project management consultant and engineer, Jacobs, operate globally. Various Middle East-based support companies also were involved, such as environmental and sustainability consultant KEO, based in Kuwait.

The global best projects judges recognized the project for its successful collaboration, noting its “excellent program, excellent record.” Additionally, the project has successfully achieved the Civil Engineering Environmental Quality Assessment and Award Scheme (CEEQUAL) ‘Good Rating’ and became the first and only project in the region to obtain the CEEQUAL Design and Build Award.

This article is originally published in Engineering News-Record Magazine, September 2019